Thanks for following along with the Voices From the Flag Tour! Today, we’re traveling to Kennedy Space Center in Florida to meet Thelma Stuart and her daughter Amanda where they placed stitches in the National 9/11 flag in honor of Thelma’s husband and Amanda’s father, Walwyn Stuart.  Walwyn was a Port Authority Police officer who worked to safely evacuate those in the train station and later  joined the rescue efforts of those in the North Tower where he was killed.  Read more about Thelma and Amanda’s story below and follow along at #VoicesFromTheFlagTour to learn more! 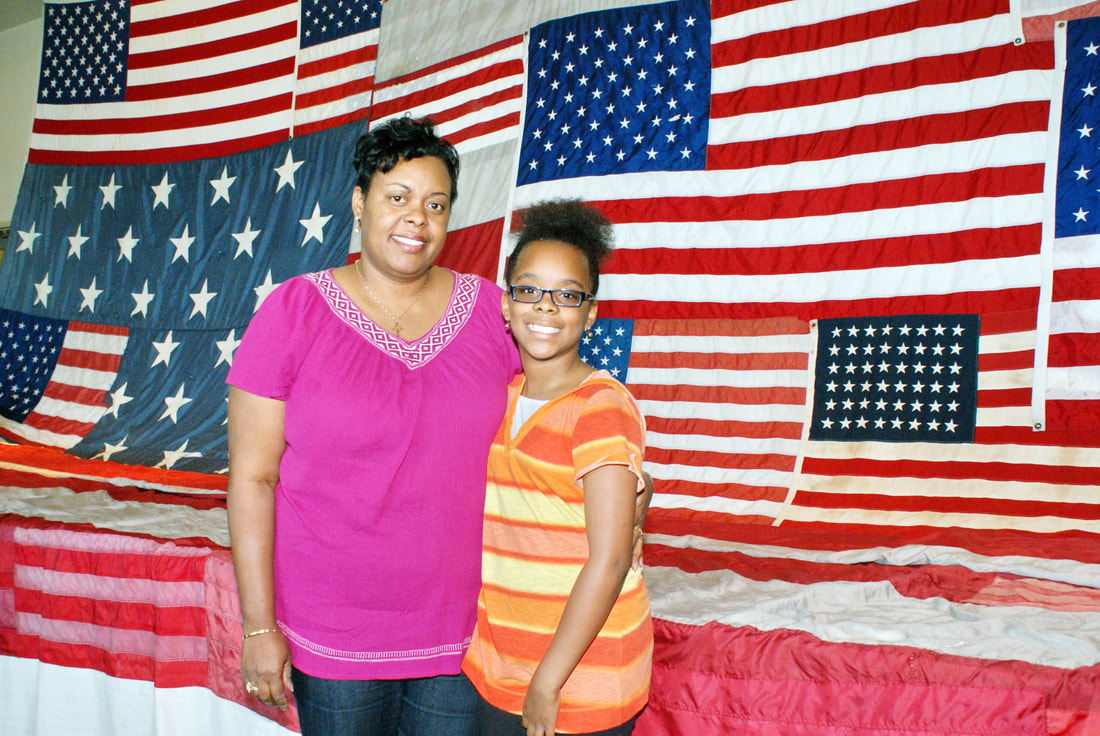 A Mother & Daughter’s Journey to Honor, Remember, and Heal

Thelma Stuart is a former social worker who dedicated many years of her life in Valley Stream, Long Island, New York working to support families in her community. Thelma’s husband Walwyn, Jr. also worked to protect, support, and serve those in his community through his role as detective in the narcotics unit in the New York City Police Department. When Thelma became pregnant in 2000, she and Walwyn decided it would be best for him to transfer to a safer job. So, he took a position as police officer for the Port Authority of New York and New Jersey (PANYNJ), which manages the transportation and infrastructure (bridges, airports, seaports, tunnels), within the two ports.

Nearly a year later, the devastating events of September 11, 2001 occurred. On this day, Officer Stuart was on duty and helped to safely evacuate all those on the Port Authority Trans-Hudson (PATH) rail system at the World Trade Center. He then returned to assist in the evacuation efforts at the North Tower where he was killed. 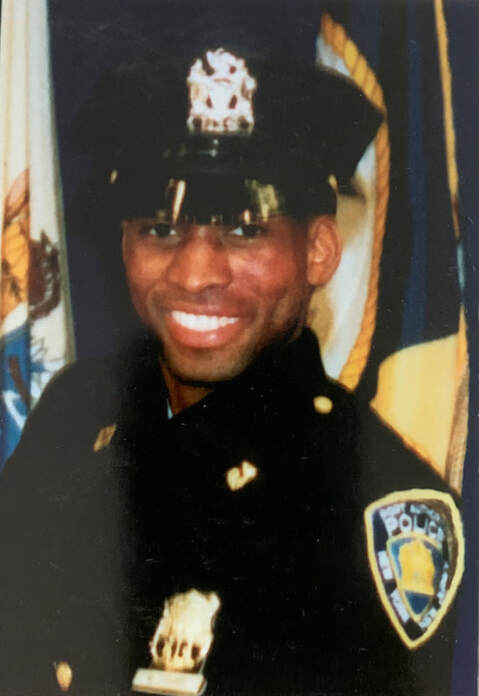 Officer Walwyn Stuart's graduation day photo from the Port Authority Police Department. © Photo courtesy of Thelma Stuart
Five years later, Thelma and her daughter Amanda moved to Florida. It was here where they first encountered the National 9/11 Flag. Living in Florida, Thelma recalls feeling disconnected from New York. When Thelma learned about the story of the National 9/11 Flag, and heard it would be traveling to Kennedy Space Center in February of 2011, she gathered up 11-year-old Amanda, and decided she'd make the trip to place stitches into this special flag that was tied to New York.

Thelma says, “I jumped at the opportunity to be connected. My daughter and I are big on volunteering. I liked that the members of the New York Says Thank You Foundation explained the purpose of the flag, and that we could be a part of this profound project. Anything we can do to educate and spread the word about 9/11, the healing, and the flag’s historical purpose—my daughter and I were going to be a part of.”
In 2012, Thelma and Amanda found their way back to Valley Stream where they continue to volunteer and be of service to others. Amanda is now in her final year at Stony Brook University; a college that her father attended for three years before being recruited by the NYPD and later became a detective. In 2022, Amanda will graduate with a degree majoring in Sociology and Women and Gender Studies and minoring in English and History. Although Walwyn’s time at Stony Brook was cut short due to entering NYPD, Amanda’s studies will be completed in his honor. 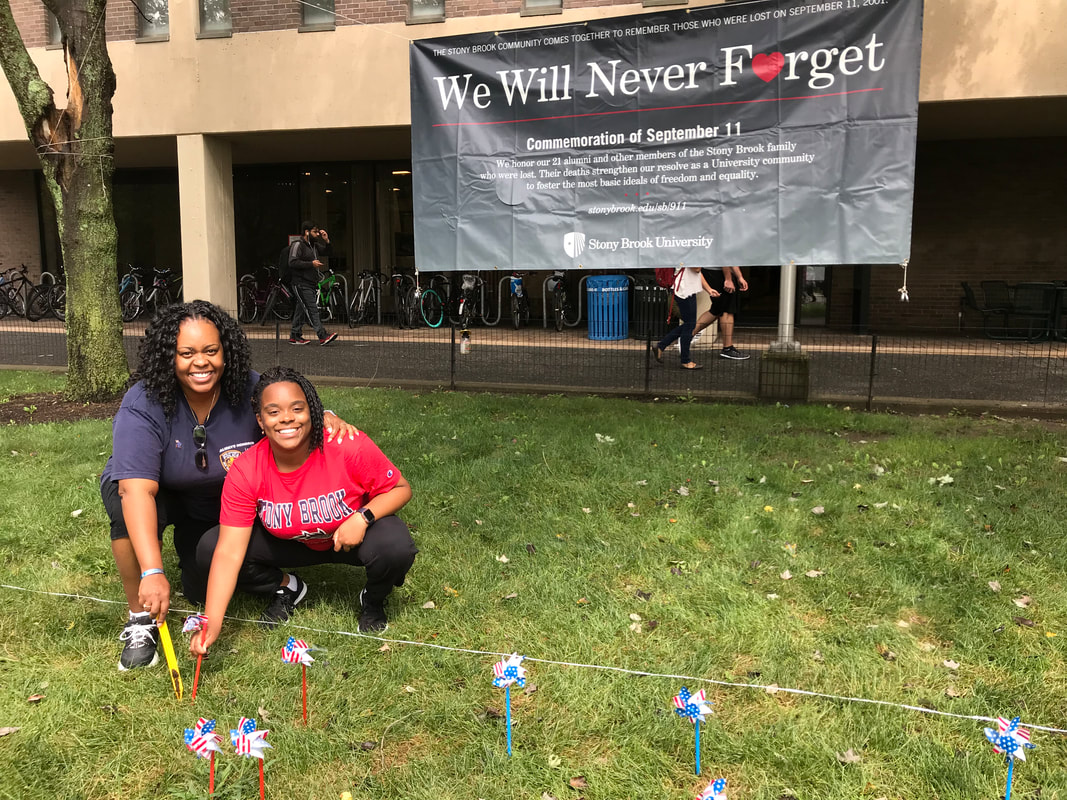 Amanda & Thelma at Stony Brook University placing their pinwheels of remembrance in commemoration of September 11th.
Now, as we approach the 20th remembrance of 9/11, the healing continues, and for many families like Thelma and Amanda, the grieving has just begun. Thelma says, “Even though twenty years have passed, many of the young children who lost loved ones, haven’t grieved. After Walwyn passed, I had to learn how to be a single mom and still honor my husband’s memory for my daughter. I tried to keep her connected to his memory by stitching the flag or going to events. She only knew him from what I, or others told her. Twenty years ago, she wasn’t emotionally available to make that connection to him herself, but she is now. I hope my daughter will make her own connection to her father and that other people will also connect and continue to learn and remember. I hope others who lost their loved ones on 9/11 can also heal as we approach 20 years…myself included.” ​​ 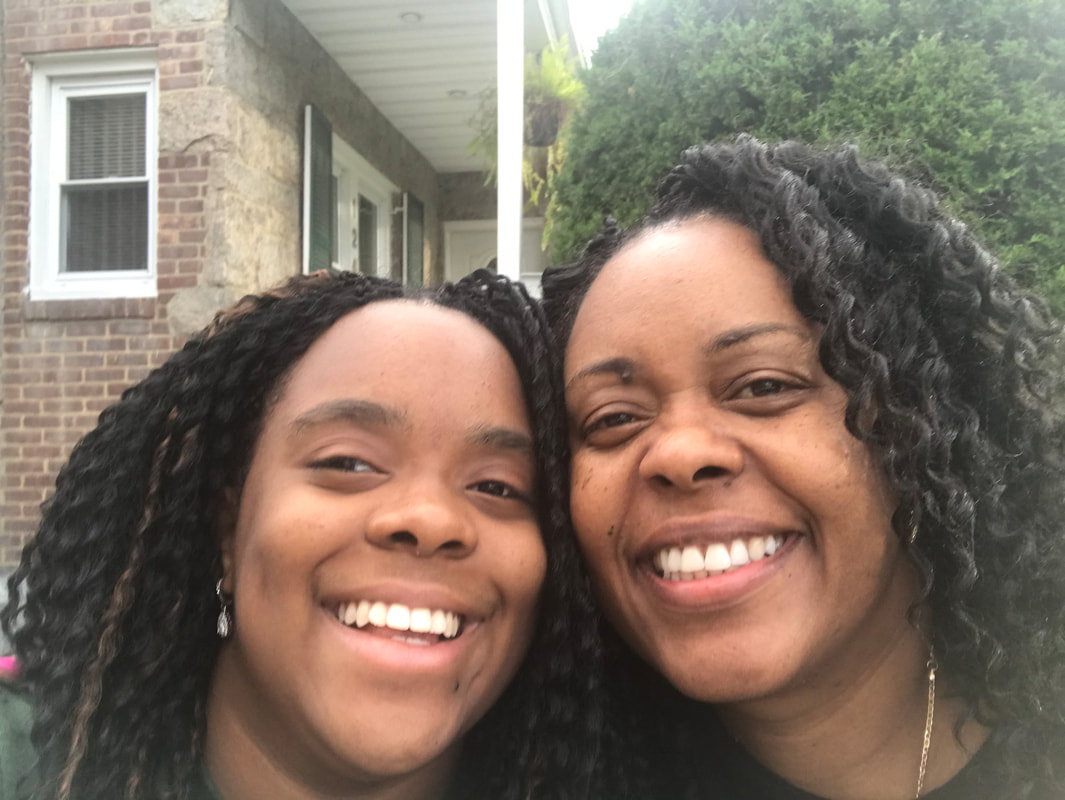